An official said Tuesday, the Federal Aviation Administration has opened its own investigation into the flight of the helium balloon 6-year-old boy. The balloon flight briefly delayed flights at Denver International Airport after Richard and Mayumi Heene reported that their son, Falcon, may have been on board. 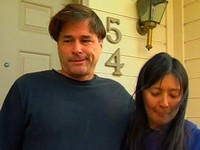 FAA spokesman Mike Fergus said the agency investigates civil allegations rather than criminal ones. He declined to provide details on the nature of the FAA probe or its possible outcome.

Larimer County Sheriff Jim Alderden has said investigators believe amateur storm chasers Richard and Mayumi Heene called 911 Thursday saying they thought their son was aboard the large helium balloon that floated away from their yard in Fort Collins in a bid to get publicity for a reality TV show.

The balloon landed 50 miles away near Denver International Airport. Some flights had to be changed to a different runway for 20 minutes, The Associated Press reports.

It was also reported, Falcon Heene, the ballon boy, at the center of a sudden and overwhelming media frenzy, commented to father Richard Heene during a CNN interview: "You had said that we did this for a show."

With that sentence, what had seemed like an extraordinary accident came under intense scrutiny as law enforcement, forensics experts and the public tried to figure out if the child was telling the truth or conjuring something up from his imagination.

Some viewers suspected the boy was simply confused about what had happened. After all, the family had been on a reality show, and don't kids that young have trouble distinguishing fantasy from reality?

Others took it as proof that the boy had been coached to go along with a story his parents had concocted -- an allegation they've firmly denied, The Los Angeles Times reports.

Meawhile, balloon boy's mom, Mayumi Heene, hired her own lawyer -- as a friend described her as a "slave" to an abusive husband.

The lawyer, Lee Christian, met with Mayumi yesterday, then attempted to downplay speculation that her client is about to sell out her reality TV-obsessed hubby Richard.

"I don't do divorces," Christian told The Post. "I do criminal defense."

Mayumi has displayed a tough persona on TV. But her pal, Barbara Slusser, told ABC, "Whatever [her husband] says, goes. She's basically a slave. He kept her isolated and separated from everyone else , " The New York Post reports.