Polanski Despaires to Be Freed 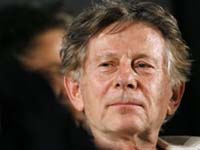 Polanski Despaires to Be Freed

Director Roman Polanski won't be freed from a Swiss prison ahead of his possible extradition to the United States for having sex in 1977 with a 13-year-old girl.

The Swiss Criminal Court reported that releasing Polanski on bail or under house arrest promted a high risk of flight.

The ruling represents another setback for the 76-year-old filmmaker who is considered a convicted felon and a fugitive by authorities in Los Angeles.

The court said Polanski has a slight chance to   invoke aid at Switzerland's highest tribunal. He can also continue attempts to persuade the Swiss Justice Ministry to release him.

Polanski was arrested Sept. 26 as he arrived in Zurich to receive an award from a film festival.