Singer Leona Lewis was punched yesterday while signing copies of her autobiography, 'Dreams', at a bookshop in London. 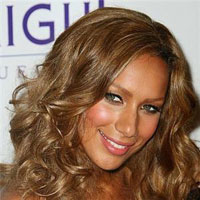 The Daily Mail reports that the 24-year-old was signing autographs at the shop for over an hour when the incident took place. It is reported that a man whose copy of the book had just been signed lashed out at the star when she looked up at him.

Bystanders told the BBC that they heard Lewis cry out in pain after she was punched.

A spokesman for Miss Lewis said the man did not say anything. He confirmed that the singer had suffered bruising and had seen a doctor after the incident as a precaution.

He said she was feeling "shaken" adding "Leona is absolutely gutted that she did not get the signings finished. This guy whacked her one in the face, and she was sitting down and he was standing up, so you couldn't get more cowardly," RTE.ie informs.

According to Mirror.co.uk, the thick-set man didn’t look out of place among the hordes of Leona Lewis fans. With no hint of menace, he waited patiently for three hours to see her sign copies of her memoirs, Dreams.

But when he got to the head of the queue and Leona, 24, autographed his book, he suddenly leapt over the desk and punched her in the head.

Guards immediately wrestled the maniac to the ground, with him yelling: "I love you, Leona!" The chart-topper, in tears, is said to have screamed back: "I don’t love you!"