Michael Jackson's 'This Is It' Single Released

The new single by Michael Jackson, "This Is It," debuted online at midnight on Monday. 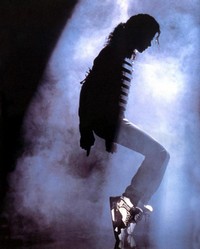 Michael Jackson's 'This Is It' Single Released

Meanwhile, some instantly started speculating that the heartstring-tugging song could become one of the late pop star's best-selling singles of all time. The spare, mid-tempo love ballad, which was reportedly recorded during the sessions for his 1991 Dangerous album, finds Jackson in classic voice, singing in his clear falsetto along to finger snapping, a subtle jazzy piano and swelling strings, as his brothers, the Jacksons, provide ethereal backing vocals.

For almost four minutes, Jackson weaves one of his pleading tales of unrequited love, opening with the lyrics "This is it, here I stand/ I'm the light of the world, I feel grand/ Got this love I can feel/ And I know, yes, for sure, it is real." Jackson goes on to tell his unnamed lover that he feels as if he's seen their face "a thousand times," and, eerily, that "I know that you have got addicted with your eyes/ But you say you gonna live it for yourself."

Jackson died on June 25 of an overdose of the surgical anesthetic propofol after years of allegedly suffering from a prescription-pain-medication addiction.

The new song is currently streaming on the singer's officail site, and it will play over the credits of the documentary of the same name, which hits theaters October 28 for a limited two-week run. The track will appear twice on the two-disc soundtrack to "This Is It," as both the vocal version and an instrumental take. The soundtrack, with a handful of previously unreleased versions of some of Jackson's classic hits, will go on sale October 27, MTV.com reports.

Currently, the song is available at www.michaeljackon.com, but it will not be available for purchase on CD until Oct. 26, when a two-disc album is scheduled for release alongside a documentary, also entitled "This Is It". The documentary is about Jackson's life.

It features footage of Jackson rehearsing for his planned London concerts before his death at the age of 50 on June 25 from a cocktail of high powered drugs.

The album, which provides the soundtrack for the film, will feature both new, old, and re-mastered Jackson songs, as well as a spoken word poem called Planet Earth and a 36-page booklet to commemorate the singer's life.

The new album may not be the only new material the public will hear from the late star. As Jackson's estate is sorted through, there is speculation that more new songs might be unearthed, ABC News reports.

It was also reported, sales of Jackson's records spiked after his death, and the release of the movie and album will add to the value of the "Thriller" singer's estate, estimated at around $400 million.

Sony Music said the first disc of the album will feature some of Jackson's greatest hits plus two versions of the new single.

The second disc will include unreleased versions of some of the singer's classic tracks and a spoken word poem entitled "Planet Earth" performed by Jackson and never heard before.