Elizabeth Taylor to Have Heart Surgery 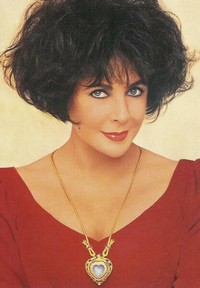 Elizabeth Taylor to Have Heart Surgery

She said the procedure involved "repairing my leaky valve using a clip device, without open heart surgery, so that my heart will function better".

The 77-year-old said she wanted her Twitter followers to "know before it gets in the papers".

The actress - made an honorary dame by the Queen in 2000 - has had a number of health problems in recent years, BBC News reports.

News agencies report, the actress was recently sent to the hospital last May for what her publicist described as a routine checkup. Over the years, she has battled a number of medical problems - including a benign brain tumor, having both hips replaced, and suffering bouts of skin cancer and pneumonia.

Taylor appeared to be in good health when she attended Michael Jackson's burial service last month.

Taylor did not disclose where or when she was having the procedure, New York's PIX11 / WPIX-TV reports.

It was also reported, in her seven decades, Taylor has had her share of medical problems, debilitating conditions, painful injuries and freak accidents.

She has had anywhere from 30 to 40 surgeries, according to biographers. Her battle with her body began on the set of one of her earliest films, the 1944 classic film "National Velvet" when during one of her horseback riding scenes, she fell, injuring her back.

In 1960, she became ill with pneumonia and had to undergo a tracheotomy. She believed, as did her rivals for the Academy Award that year, that it was public sympathy for her near demise that garnered her the gold statuette for "Butterfield 8."