Film director Roman Polanski, fighting extradition from a Swiss prison to the United States in a case from three decades ago involving sex with a teenage girl, has lost his first bid to have his arrest overturned. 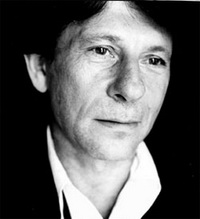 Folco Galli, a spokesman for the Federal Office of Justice in Bern, the Swiss capital, said today that his office has rejected Polanski's request for a reconsideration of the warrant leading to his arrest.

At the same time, the office of justice also recommended Monday to a federal criminal court that Polanski's application for release from prison be denied.

"We are still persuaded that there is still a danger that he will escape, and that liberation on bail could not guarantee his presence through the extradition proceedings," Galli said, The Los Angeles Times reports.

It was also reported, the appeal to the Swiss Justice Ministry was made on September 29, on the same day that an equivalent request was made to the Swiss courts to allow him bail pending the extradition request.

The Los Angeles District Attorney considers Polanski a convicted felon and a fugitive and argue that Switzerland acted on an international arrest warrant which was issued more than four years ago, Sydney Morning Herald reports.

News agencies also report, the appeal for release was separate from another legal challenge against his arrest submitted by Polanski's lawyers last week. Polanski is expected to be held in custody throughout that appeal and any subsequent challenges from either side.

US authorities have being trying to secure Polanski's extradition since he fled in 1978 while awaiting sentencing after admitting have sex with a 13-year-old girl, guardian.co.uk reports.