More than two months after he died, and following a steady trickle of gossip over how and where he would be laid to rest, Michael Jackson was entombed Thursday night at a highly guarded mausoleum in a Los Angeles suburb. 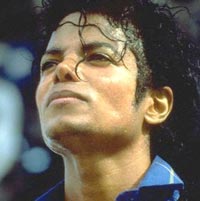 In a statement released early this morning, the Jackson family confirmed the burial of pop superstar Michael Jackson. "Michael Jackson reached his final resting place tonight at 9:43 p.m. PST in The Great Mausoleum at Glendale Forest Lawn Memorial Park," said the statement. "The ceremony was held outdoors, adjacent to The Great Mausoleum. The stage was adorned with six large bouquets of white lilies and white roses, along with green topiaries. The service was attended by approximately 200 family and close friends."

All of Jackson’s immediate family attended the funeral, and his five brothers were the pallbearers. The singer’s three children — Prince Michael, 12, Paris, 11, and Blanket, 7 — placed a crown on their father’s coffin to signify the final resting place of the King of Pop, Entertainment Weekly reports.

After Pastor Lucius Smith read the opening prayer and a portion of Ecclesiastes 3:7, Gladys Knight sang the gospel hymn "His Eye Is on the Sparrow." Songwriter Clifton Davis next sang the Jackson 5 tune he wrote for the group, "Never Can Say Goodbye." Speakers then began to take the podium to pay tribute to the singer, including the Rev. Al Sharpton, Michael’s father Joe Jackson and other close friends and family members, Rolling Stone informs.

The Jackson family's tardy arrival delayed the service for nearly two hours; no explanation was given to mourners. The invitation notice indicated the service would begin promptly at 7 p.m.; it began closer to 8:30.

The 77-year-old Taylor and others were left waiting in the late summer heat, with the temperature stuck at 90 degrees just before sunset, and some mourners fanned themselves with programs for the service. As darkness fell, police escorted the family's motorcade of 31 cars, including Rolls-Royces and Cadillacs, from their compound in Encino to Forest Lawn , about a 20-minute journey, with the hearse bearing Jackson's body at the end.

About 250 seats were arranged for mourners over artificial turf laid roadside at the mausoleum, and a vivid orange moon, a mark of the devastating wildfire about 10 miles (16 kilometers) distant, hung over the cemetery.

There were two oversized portraits of a youthful, vibrant Jackson mounted next to the casket amid displays of white lilies and roses. At Jackson's lavish public memorial, red roses covered his casket.

A large, blimp-like inflated light, the type used in film and television production, and a boom camera hovered over the seating area placed in front of the elaborate marble mausoleum. The equipment raised the possibility that the footage would be used for the Jackson concert documentary "This Is It," or perhaps the Jackson brothers' upcoming reality show.

More than 400 media credentials were issued to reporters and film crews who remained at a distance from the service and behind barricades. The few clusters of fans who gathered around the secure perimeter that encircled the cemetery entrance struggled to see.

The King of Pop died a drug-induced death June 25 at age 50 as he was about to embark on a comeback attempt. The coroner's office has labeled the death a homicide, and Jackson's death certificate lists "injection by another" as the cause.

Dr. Conrad Murray, Jackson's personal physician, told detectives he gave the singer a series of sedatives and the powerful anesthetic propofol to help him sleep. But prosecutors are still investigating, and no charges have been filed, The Associated Press reports.