China Has At Least 13 Million Abortions Each Year

At least 13 million abortions are performed in China every year, mostly for single women, a state-run newspaper revealed today. 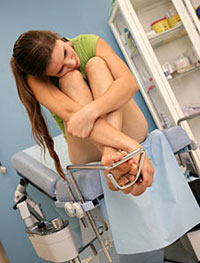 China Has At Least 13 Million Abortions Each Year

According to the China Daily newspaper the actual number is believed to be even higher since the figure only covers hospital terminations; and many more are known to be carried out in unregistered rural clinics, Guardian.co.uk reports.

But even the official figure shows a marked increase in Chinese abortions, based on statistics from 2003, the last year for which reliable data are available. In a joint report, the World Health Organization and the Guttmacher Institute put the number of abortions in China at 9 million, out of a total of 42 million worldwide that year.

The rate of abortion in China is far from the world’s highest — about 24 abortions for every 1,000 women between the ages of 15 and 44). Russia has by far the highest rate at 53.7 per 1,000, according to the United Nations Population Division. Some 2 million abortions are performed each year in Russia, which has a population of 142 million. China’s population is 1.3 billion.

Officials blamed a low level of sex education among young people for the widespread use of abortion in China, The New York Times reports.

"Sex is no longer considered taboo among young people today, and they believe they can learn everything they need from the Internet," Yu Dongyan, a hospital gynecologist, told China Daily. "But it doesn't mean they've developed a proper understanding or attitude toward it," CNN International reports.