Paparazzi are not going to leave Britney alone. Police were called to her neighborhood after someone said that photographers were trespassing in her gated community. 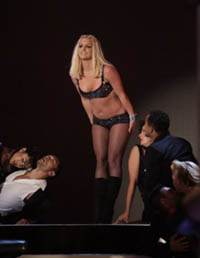 Police received a call at 7 p.m. Monday, but saw no paparazzi after arrival.

It’s not clear how many photographers were following Spears.

Spears's personal life has gained much attention from the media as a result of her stardom. Her marriage to Kevin Federline in 2004 received much publicity, as did the birth of her first child, Sean Preston, in 2005 and her second child, Jayden James, in 2006. The couple's divorce in November of the same year was highly publicized, followed by an ongoing legal battle for the custody of their two children.