By Anastasia Tomazhenkova: Prince Philip was angry at Princess Diana as she divorced Prince Charles. Diana's former private secretary Patrick Jephson claimed that she really worried about that matter. 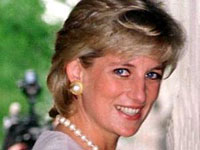 The Prince and Princess of Wales were separated on 9 December 1992, by which time her relations with some of the Royal Family, excepting the Duchess of York, Sarah Ferguson, were difficult. Their divorce was finalised on 28 August 1996.

Jephson, Diana's private secretary from 1990 until January 1996, also claimed that he had warned her that telephone conversations might be monitored by the security services or others, but that he had no evidence to support the suspicion.

The bodyguard who survived the crash in 1997 that killed Diana, boyfriend Dodi Fayed and driver Henri Paul, insisted in more testimony Thursday that he had confronted Fayed about the plan to try to sneak out of the back entrance of the Ritz Hotel in Paris on the night of the crash.

Jephson said he had seen some of Philip's letters to Diana, describing them as "well-intentioned," but that she "appeared to register only what she chose to hear as their unsypmathetic tone."

He said that astrologers and soothsayers had "fed the paranoia that never lurked far below her surface."

In a book published in 2000, Jephson wrote that by late 1995 Diana's "paranoia had reached new heights, she saw plots everywhere, and honestly told me that her car's brakelines had been cut. Looking me straight in the eye, she told me that someone had taken a "pot" at her with a gun in Hyde Park."

Jephson testified that the fears were the result of "the very difficult and painful position she found herself in," including the hostility of some of Prince Charles' advisers after the couple separated in December 1992. Their divorce was declared final in August 1996.

Jephson was involved in Diana's meeting with her lawyer, Lord Mishcon, in 1995 when she said she had information that Queen Elizabeth II would soon step down from the throne, Charles would become king and marry Tiggy Legg-Bourke, and that attempts would be made to have Diana and Camilla Parker Bowles "put aside."

Mishcon, who brought the note to the attention of police after Diana died, recorded his surprise that Jephson had said he "half-believed" the princess' allegations.

"Although I did not think there was any truth in the allegations, I was concerned that they were being made at all," Jephson said Thursday.

"Because I did not have any other information at that stage to confirm what she was saying one way or the other, it seemed to me quite logical and sensible to say to Lord Mishcon that I half believed it."

Warnings about the possible interception of telephone conversations, Jephson said, were based on his experience as a Royal Navy officer. Navy personnel were routinely warned that their conversations might be overheard, and to speak cautiously.

In 1992, one of Diana's telephone conversation with friend James Gilbey was made public. Jephson said he took no action to investigate how the call was intercepted, but was preoccupied with dealing with the fallout.

Earlier, bodyguard Trevor Rees said he had tried to talk Fayed out of a plan to leave the Ritz Hotel without a bodyguard or a backup car. Rees said he accepted a compromise in which he went with the couple; he survived severe injuries.

On Wednesday, Mohamed Al Fayed's lawyer Michael Mansfield questioned Rees' belief that Dodi Fayed devised the plan. After viewing security camera videotapes from the hotel, Rees said it appeared that Henri Paul notified him of the plan, though he believed it originated with Fayed.

Richard Horwell, a lawyer representing London's Metropolitan Police, reminded the inquest of the testimony on Dec. 4 by Thierry Rocher, night duty manager at the Ritz.

He said Fayed was upset by the swarm of paparazzi that greeted the couple at the hotel, and informed Rocher that they would leave by the back entrance, without security and with Paul as the driver, rather than using the two vehicles waiting at the front.

"He told me ... this information had to remain confidential in between Mr. Paul, Mr. Al Fayed and I," Rocher testified.

Rees said that he and fellow bodyguard Kieran "Kes" Wingfield were informed about half an hour before the departure, and both objected. Rees said Fayed was adamant, but agreed to take one bodyguard along.

British and French police investigators have blamed Paul for the crash, finding that he was over the legal limit for alcohol and was driving too fast.