An American famous hip-hop musician and actor, Busta Rhymes, got 3 years of probation and 10 days of community service Wednesday for assaulting his former driver and a fan. He was also fined $1,250 for driving while intoxicated and with a suspended license. 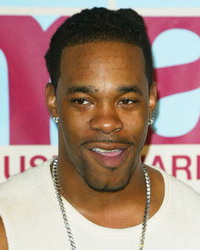 This case has a long history. On February 20, 2007 , Smith refused a plea deal offered by the prosecutors office for the assault of his former driver, Edward Hatchett. The deal would have entailed six months in jail and pleading guilty to two assaults, the attack on Hatchett, and the attack on the former fan. The dispute with Hatchett is believed to have been originated over back pay Hatchett felt he was owed. Manhattan Criminal Court Judge Tanya Kennedy offered Smith another option, pleading guilty to third-degree assault. The conditions of the proposed sentence would include: ten days of community service, two weeks of youth lectures and six months of anger management classes, as well as three years of probation.

On May 3, 2007, according to the UK 's 1Xtra TXU news broadcast, Smith was arrested on a drunk driving charge in New York City. Officers stopped him at about 12:40 a.m. because the sport utility vehicle he was driving had overly tinted windows, officers then smelled alcohol on his breath and he was subsequently arrested. An arraignment was expected later that day. He must now enroll in a DWI program.