Hackers turn out the lights in multiple cities, CIA

Hackers literally turned out the lights in multiple cities after breaking into electrical utilities and demanding extortion payments before disrupting the power, a senior CIA analyst told utility engineers at a trade conference. 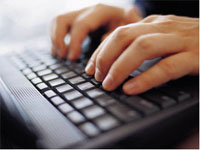 Hackers turn out the lights in multiple cities, CIA

All the break-ins occurred outside the United States, said senior CIA analyst Tom Donahue. The U.S. government believes some of the hackers had inside knowledge to cause the outages, the AP reports.

Tom Donahue has been working with the CIA since 1985 when he received his PhD in electrical engineering from MIT. He has a masters degree in electrical engineering from MIT and a bachelors in physics from the University of Virginia. At the CIA, Dr. Donahue has been an air defense systems analyst and the chief editor of the President's Daily Brief. He is currently the senior scientist in the Analysis group of the Information Operations Center, where he assesses foreign threats to US cyber infrastructure.

At least three major hacker subcultures, characterized by their largely distinct historical development, use the term 'Hacker' in their jargon for self-identification. They are centered around different, but partially overlapping aspects of computers and have conflicting ideas about who may legitimately be called a hacker.

In computer security, a hacker is someone who focuses on security mechanisms. In common use, which was popularized by the mass media, that refers to someone who illegally breaks into computer and network systems. That is, the media portrays the 'hacker' as a villain. Nevertheless, parts of the subculture see their aim in correcting security problems and use the word in a positive sense. They operate under a code of the Hacker Ethic, in which it's acknowledged that breaking into other people's computers is bad, but that discovering and exploiting security mechanisms and breaking into computers is nevertheless an interesting aspect that can be done in an ethical and legal way.