"American Idol", Season 7 – afoot! It premiered on January 15, 2008 with Philadelphia auditions. Judges Simon Cowell, Paula Abdul, and Randy Jackson returned to judge once again, along with Ryan Seacrest as host. All of the initial auditions have now been completed. 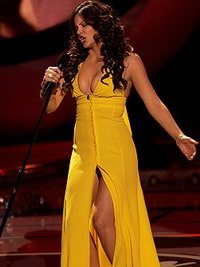 The TV rating shows that a new season has drawn 33.2 million viewers – low result in comparison with season 6 (37.7).