Diana's ex-bodyguard claims hostility to paparazzi contributed to her death

By Anastasia Tomazhenkova: The security team protecting Princess Diana in Paris contributed to her death through their hostility to paparazzi photographers, a former police bodyguard for Diana said. 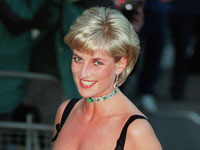 Diana's ex-bodyguard claims hostility to paparazzi contributed to her death

Diana's personal protection officer Ken Wharfe claimed that tensions with photographers could have been eased by setting up a brief photo of the princess with her boyfriend, Dodi Fayed.

On 31 August 1997, Diana and Dodi Al-Fayed died after a high speed car accident in the Pont d'Alma road tunnel in Paris along with the acting security manager of the Hotel Ritz Paris, Henry Paul, who was instructed to drive the hired Mercedes-Benz through Paris secretly eluding the paparazzi. Their black 1994 Mercedes-Benz S280 crashed into the eighteenth pillar of the tunnel. The two-lane tunnel was built without metal barriers between the pillars, so a slight change in vehicle direction could easily result in a head-on collision with a tunnel pillar. None of the four occupants wore seatbelts.

Diana's bodyguard Trevor Rees-Jones was severely injured in the crash. A book, written by him, indicated that he "seemed to be more preoccupied by treating the media as an enemy rather than, as I did on a number of occasions, effectively bring them on side," Wharfe said.

Attempts to deceive the photographers about the couple's departure from the hotel was bound to fail, Wharfe said.

"The very fact that ... they played this cat and mouse game ... was to me the beginning of the end," he testified.