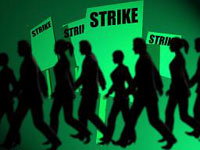 Both sides said details of the agreement will not be disclosed until the 700 registered nurses at ARH vote on the new contract between Friday and Saturday, the AP reports.

The ARH system employs more than 4,000 employees and has a network of more than 400 active and courtesy medical staff members representing various specialties. Firmly committed to its mission of improving the health and promoting the well-being of all people in Eastern Kentucky and Southern West Virginia, ARH provided nearly $96 million in charity and uncompensated care in the past year alone.

ARH's mission is to improve health and promote the well-being of all people in Central Appalachia in partnership with its communities. (Photo: www.statejournal.com)