"Lord of the Rings" director Peter Jackson and New Line Cinema agreed to make J.R.R. Tolkien's "The Hobbit," a planned two-film prequel to the blockbuster trilogy. 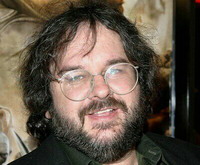 Jackson, who directed "Rings," will serve as executive producer for two "Hobbit" pictures. They will tell the story of how the young hobbit Bilbo Baggins originally came to possess the nefarious One Ring that Frodo, his adopted son, needed three films to dispose of.

A director for the films has yet to be named. Production is tentatively set to begin in 2009 with a release planned for 2010, and the sequel following in 2011.

"I'm very pleased that we've been able to put our differences behind us, so that we may begin a new chapter with our old friends at New Line," Jackson said in a statement. "We are delighted to continue our journey through Middle Earth."

Late last year, acrimony between the 46-year-old Jackson and New Line became very public, with the studio announcing they would move forward with "The Hobbit" without him. Jackson sued New Line over the amount he was paid - including DVD payments - for "The Fellowship of the Ring," the first installment of the trilogy.

"The low point was when we both started getting a little too personal about this whole thing," said New Line co-chairman and co-CEO Bob Shaye on Tuesday. "From my own perspective, I realized that I shouldn't be so thin-skinned about everything that goes on in my professional life."

Jackson's suit, the two sides announced Tuesday, has been settled. The terms of the settlement were not announced, though Shaye cheerfully said: "One of the key terms was we all shake hands with each other."

In his statement, Jackson thanked Metro-Goldwyn-Mayer Studios (MGM) Chairman and CEO Harry Sloan for helping him and New Line "find the common ground necessary to continue that journey."

Two "Hobbit" films are scheduled to be shot simultaneously, similar to how the three "Lord of the Rings" films were made all at once. Shaye and Sloan both said it was Jackson's idea to divide the story, adapted from Tolkien's first book about Middle Earth (which was about half the length of any from the trilogy that followed).

The film's production schedule is subject to how long the writers strike lasts, which some forecast could continue for many months. There is not currently a script for either "Hobbit" film, and producers will be unable to even approach writers until the strike is over.

"If the writers strike drags on, then everything can change in terms of the time table," Sloan said Tuesday.

Sloan added that some patience has been necessary for making "The Hobbit" happen: "We've always taken the position that we wanted Peter to be involved in this project, but it's taken some time to work out the differences."

Jackson, who directed "King Kong" after finishing the trilogy, is currently finishing shooting for "The Lovely Bones," based on Alice Sebold's novel.

The three "Lord of the Rings" films rank among the 25 most lucrative films of all time, made more financially successful by the risky strategy of shooting all three together. The production budget for the trilogy has been estimated at around $300 million (208.1 million EUR).