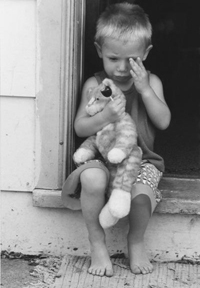 New York children will find out about sex predators from coloring and comic books issued by the Archdiocese of New York – in a first such effort by a Roman Catholic diocese in the United States.

In the coloring book, a perky guardian angel tells children not to keep secrets from their parents, not to meet anyone from an Internet chat room and to allow only "certain people" like a doctor or parent to see "where your bathing suit would be."

In a comic book version for children over 10, a teenager turns to St. Michael the Archangel for strength to report that two schoolmates are being sexually abused.

Joseph Zwilling, a spokesman for the archdiocese, said the books have been distributed to about 300 schools and 400 religious education programs to use as a resource. They are also free online.

"It's to help young people to know situations they should not get into," he said. "How to be safe - but to try to do it in an age-appropriate and sensitive way."

Some critics, while applauding the intent, say the books should say explicitly that trusted adults - including priests - may be the abusers.

Zwilling said that as far as he knows, the coloring book is the first of its kind to be produced by church officials. David Clohessy, national director of the Survivors Network of those Abused by Priests, said he, too, was unaware of any such effort.

Clohessy said that while he welcomes any attempt to teach children how to stay safe, he believes the coloring book should state more clearly that the predator is more likely to be a trusted adult than a stranger.

"There continues to be a bit of an overemphasis on stranger danger," Clohessy said. "I think it would be most effective if it would say, 'Not only strangers molest kids. Even adults you like and your parents respect - teachers, doctors, priests - can hurt kids."'

But Zwilling said the vast majority of priests are "good and holy men," and he said it would have been inappropriate for the coloring book to single out priests as potential abusers. "You don't want to frighten children," he said. "You also don't want to stigmatize any group."

The closest the coloring book comes to directly addressing the 2002 church abuse scandal is a picture of a second angel - not the guardian angel - grinning at a priest and an altar boy through a wide open door.