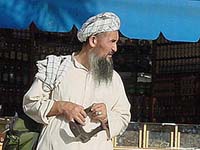 Two members of the religious police who had been charged with the death of a man in their custody, were found innocent, a Saudi court ruled.

Al-Watan newspaper reported that the judge presiding over the case said Wednesday that there was not sufficient evidence against the two religious police members to convict them.

The two religious police members were accused of killing Salman al-Aridi after arresting him in May because he allegedly had consumed alcohol.

"The investigation revealed that the deceased was hit by the foot on his head," the newspaper quoted the judge as saying, but adding that such a blow was not deadly.

A representative of the man's family told the paper that he would appeal the judge's decision within 30 days.

Wednesday's decision was the second in recent months in connection with the powerful force, long resented for intimidating people as it enforces Saudi Arabia's strict version of Islam.

In the first case, a Saudi court dropped charges against three members of the religious police and a regular police officer in connection with the death of a man, also in custody, shortly after his arrest in June. That man had been arrested for being alone with a woman not from his family.

The religious police work for the Commission for the Propagation of Virtue and the Prevention of Vice to enforce the kingdom's strict Islamic lifestyle. The police patrol public places to ensure women are covered and not wearing makeup. They also patrol to ensure that men and women don't mingle, that shops close five times a day for Muslim prayers and that men go to a mosque to worship.