J.K. Rowling got on the cover of Entertainment Weekly as the magazine's entertainer of the year. 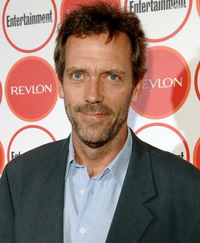 The magazine said the "Harry Potter" author, who has sold nearly 400 million copies of her boy-wizard series that has been adapted into a megasuccessful movie franchise, deserved props for getting "people to tote around her big, old-fashioned printed-on-paper books as if they were the hottest new entertainment devices on the planet."

Rowling was in a class by herself on the magazine's list of the year's top entertainers, which was separated by editors into five other categories that evoke school cliques: prodigies, class clowns, most popular, most buzzed-about and valedictorians.

The magazine named George Clooney - actor, director, activist - a valedictorian because he has "deftly balanced box-office viability with personal responsibility." Will Smith, Angelina Jolie and the cast of "The Sopranos" also made the grade, among others.

Matt Damon made the list of most popular, as did Carrie Underwood, Katherine Heigl, Johnny Depp and Kanye West.

Tina Fey, creator and co-star of "30 Rock," was recognized as a class clown for her hilariously cringe-inducing portrayal of comedy-show producer Liz Lemon on the NBC sitcom.

"I love going to those uncomfortable places," she tells the magazine. "I'll go down any weird avenue."

Other clowns: Vanessa Williams, "The Simpsons" and director Judd Apatow and his gang of actor buddies including Seth Rogen and Paul Rudd. Apatow cast his pals in the acclaimed comedies "The 40 Year Old Virgin" and this year's "Knocked Up," which cracked people up with a winning combination of heart and R-rated raunch.