The man who videotaped the last moments of a Polish immigrant's life changed his mind about police actions. 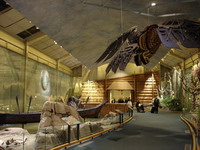 The video of Robert Dziekanski's death shows police using a Taser gun on him just 46 seconds after confronting him at the Vancouver airport.

Paul Pritchard condemned the police action on Friday, but said he had a different take on it when he witnessed it live.

"At the time I thought it was the right thing," Pritchard said in a telephone interview from New York on Friday. "I thought it was more of a stand off, but it wasn't. It wasn't like that at all."

Dziekanski, 40, Gliwice, Poland, had arrived at the airport 10 hours earlier on Oct. 14 - making his first airplane flight to begin a new life with his mother in western Canada.

Dziekanski, who only spoke Polish, began acting erratically after he did not see his mother in the baggage claims area, a secure area she could not enter.

She had told him to wait for her there, and he did, for hours. When she could not find anyone to help her get back to the secure area, and he did not appear, she thought he had missed his flight and she left the airport.

Pritchard watched the man pace back and forth irrationally for twenty minutes before he pulled out his camera. Dziekanski threw a computer to the ground and lined up chairs, a small wooden table and a clipboard along glass doors separating the secure zone from the public waiting area.

"He was acting erratically in an airport," said Pritchard, who said he was 100 percent behind the police at first.

That changed after he got his tape back from the police.

"I saw what what I saw, but I didn't realize the seriousness until I got the footage back. He wasn't acting violent in any way. That's what is most disturbing," Pritchard said.

The video shows Dziekanski acting confused for several minutes before four police officers arrive and vault over a railing and confront the Pole behind the glass doors.

Loud cries can be heard as the officers are told by someone that the man only speaks Russian.

The officers stand before him and Dziekanski throws his hands in the air and walks away, but the officers follow, apparently indicating he should put his hands on a desk top.

Dziekanski stands with his back to the counter and the officers surround him before they use a Taser on him and he falls, screaming in pain.

The four officers clamber on top of him, restraining his arms and his head, as Dziekanski twitches. Finally, he is still.

Pritchard turned over the video to police that day and was told he would get it back within 48 hours. When police later refused he hired a lawyer. He got it back last Wednesday following a court order.

Pritchard said police told him they did not want the video to taint potential witness testimony. But Pritchard did not believe it.

"There's obviously something that they didn't want the public to see which is why we took the steps to get it," Pritchard said.

Police Cpl. Dale Carr said the video is just one small piece of evidence and investigators are not making the case on that alone.

"Although the video is compelling and does demonstrate a great deal of what went on there, it's only one piece of evidence," Carr said. "There are a number of other witnesses that have an account and we are interested in getting to the bottom of it. We want people to make judgment on the totality of all of the evidence and that will be shared at the inquest."

A coroner's inquest has been called and police have launched their own investigation. The Royal Canadian Mounted Police have also said they are conducting a review of Taser use. Eighteen people have died in Canada from Taser use in the last four years.

Robert Szaniawski, spokesman for the Poland's Foreign Ministry, said Warsaw has asked Canada for an explanation in the death.

"We believe that the use of Taser on Mr. Dziekanski was excessively brutal and unjustified," Szaniawski told The Associated Press. "No attempts were made to use other means to solve the situation but from the very start the toughest means available to the police was used. We want the matter clarified and we want those guilty named and prosecuted."