An antique dealer was sentenced to prison Friday for churning out statues, paintings and other art works and passing the sophisticated fakes off as priceless works of art. 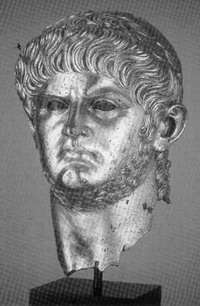 All three pleaded guilty earlier this year to defrauding art institutions and other buyers over a period of 17 years.

They had also pleaded guilty to conspiracy to launder the proceeds from the sale of a fake Egyptian statuette to city of Bolton.

The creations made by the Greenhalghs also included Assyrian stone reliefs, a Celtic kilt brooch, and several copies of paintings by American artist Henry Moran.

"It was the most diverse and sustained art forgery case I've ever seen," said Detective Sgt. Vernon Rapley of London's Metropolitan Police.

Detectives said the family found a genuine copy of catalog detailing the 1892 sale of the contents of Silverton Park, the home of the 4th Earl of Egremont. The family used it to get ideas on what items to fake and, once the items were fabricated, they used the catalog as proof of provenance when presenting their knockoffs for sale.

Shaun Greenhalgh created the fakes, while his parents handled most of the sales.

"Mainly George was the frontman," said Detective Constable Ian Lawson. "He looks honest, he's elderly and he shows up in a wheelchair."

Two real Amarna statuettes exist. One is in the Louvre in Paris while the other is at the University of Pennsylvania Museum of Archaeology and Anthropology in Philadelphia.

The scheme unraveled when the family presented three Assyrian stone reliefs to the British Museum in 2005. Experts doubted their authenticity, noting the horses' reins were not consistent with other Assyrian reliefs and that there were misspellings in the Cuneiform script inscribed on the work.

"There were not living in luxury at all," Detective Constable Halina Racki said. "They were really living in poverty - a very poor, basic lifestyle."