A man who married a 14-year-old girl and was the focus of a polygamous sect leader's trial asked a judge to dismiss a rape charge against him. 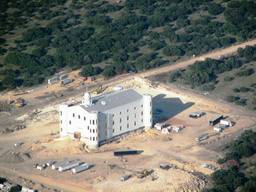 Allen Steed was charged after testifying at the trial of Warren Jeffs, who was convicted on two counts of rape as an accomplice for his role in overseeing the union. Attorneys for Steed said the charge was filed more than six years after he married the teen.

"In that time, evidence has been lost, critical witnesses have died and the memories of others have faded," Jim Bradshaw wrote in a document filed Thursday in 5th District Court in Washington County.

Steed was 19 when he and cousin Elissa Wall were united in a ceremony at a Nevada motel in 2001. They were members of the Fundamentalist Church of Jesus Christ of Latter Day Saints, a sect on the Arizona-Utah border that practices polygamy and arranged marriage.

Steed, now 26 and still an FLDS member, said during testimony he never forced Wall to have sex.

Washington County prosecutors could not be reached for comment after hours Thursday night.

Wall, now 21, was granted an FLDS divorce by Jeffs in 2004 after she became pregnant with another man's child. The AP does not typically name victims of sexual abuse, but Wall has made several public statements using her maiden name.

Prosecutors claimed Jeffs used his iron-fisted influence to force Wall to marry and submit to Steed. Jeffs will be sentenced Tuesday.