Citizens from nine new EU member nations will be able to travel passport-free to most other countries in the bloc. 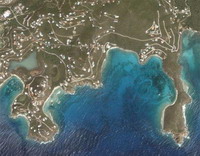 The decision follows through on a long-standing commitment to Malta and nine eastern European countries that joined the EU in 2004 that their citizens be allowed to take up full EU rights of free movement across the union without having to show identity papers at national borders.

German Interior Minister Wolfgang Schaueble said the decision also fulfills the dream of establishing a united Europe after the 1989 fall of the Iron Curtain.

"It is of great importance to the new member states that the Iron Curtain is gone and that controls are abolished," Schaueble said before the EU ministers talks.

"It's a big moment for our country because the border will disappear," said Ivan Langer, Czech interior minister. "We want to share not only duties but also the freedoms" of membership.

EU officials said the opening of the borders with the nine countries - Slovakia, Slovenia, Estonia, Hungary, Latvia, Lithuania, Poland, the Czech Republic and Malta - will be marked with ceremonies at various old border crossings one minute after midnight on Dec. 21.

The so-called Schengen borderless travel zone is one of the most popular EU policies, directly benefiting Europeans by allowing them to travel without having to stop at national borders, clearing up an often tedious process.

The German government expects 83 million border crossings with Poland this year, and 91 million with the Czech Republic, even before the end of border checks.

The new countries were not allowed to join the frontier free zone immediately because work was needed to tighten their customs and border checks with non-EU countries such as Russia, Serbia and Ukraine. The EU also needed time to set up fast information exchange systems between security services of old and new members.

The EU ministers agreed that all nine applicants had met all EU conditions to join the zone. Border checks at airports will be dropped March 30.

The move to drop border checks will have a dramatic effect on travelers.

Austria had insisted on keeping random checks along its border with an area that extends from the Czech Republic in the north to Slovenia in the south, fearing the zone's new eastern frontier will not meet EU standards in time.

Joining the borderless travel area is important to the new EU members, most of them former Communist nations, which see the freedom of movement within the union as one of the basic liberties stemming from EU membership.

Cyprus, the 10th nation to join the EU, in 2004, has opted to keep some border checks and will stay out of the zone, along with the island nations of Britain and Ireland.

To expand the passport-free zone, the EU has had to revamp its border security system, which is run through a common EU computer database that allows participating states to share passport data on non-EU citizens who enter the Schengen zone.

Switzerland, which remains outside the EU bloc, is also set to join Schengen next year.