Canadian couple convicted in the death of their infant son based on testimony from a discredited pathologist will undergo another trial. 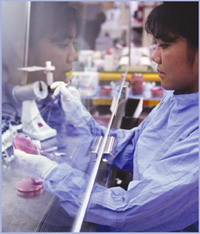 Justice Morris Fish ruled 9-0 on Thursday that Marco and Anisa Trotta should have a new trial because the testimony of Dr. Charles Smith was discredited by new evidence from two other doctors.

"We think it neither safe nor sound to conclude that the verdicts on any of the charges would necessarily have been the same but for Dr. Smith's successfully impugned evidence," Fish wrote before ordering a new trial.

Marco and Anisa Trotta were convicted in 1998 in the 1993 death of their eight-month-old son Paolo after an autopsy report by Smith concluded there was evidence of abuse leading to death from a skull fracture.

Marco Trotta has served nine years of his life sentence for murder and was released on bail last May, and his wife has completed her five-year sentence for negligent homicide and failure to provide the "necessaries of life."

Marco Trotta was released on bail after a report from Ontario's chief coroner, Dr. Barry McLellan, concluded that Smith - once thought to be the country's leading child pathologist - probably erred in 20 cases between 1991 and 2002 in which people were charged with killing children.

The cases included 12 convictions and Ontario authorities called for an inquiry, which is set to begin Monday.