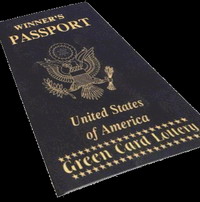 Many EU justice and interior ministers raised reservations at talks here over whether the EU should be launching a global job advertising blitz when such plans to set up a U.S.-style "Green Card" workers permit were already under way in most EU capitals.

"The whole question of legal migration should remain the purview of national member states because they are responsible for their own employment markets," German Interior Minister Wolfgang Schaueble told EU officials who drafted the highly touted plan, which has been under way for more than three years.

The Netherlands voiced strongest criticism of the plan, which calls for a single "one-stop-shop" visa application program, offering highly qualified job seekers a simpler way to get a job within the EU, doing away with 27 different often complex national procedures to get residence and work permits.

"We are not sure they (the Blue Cards) provide added value," Dutch Deputy Justice Minister Nebahat Albayrak said. "We have to ensure such procedures are rapid and flexible with unnecessary red tape."

An EU-wide system was needed to ensure the continent is able to compete with its economic competitors like the United States, Canada or Australia, EU Justice and Home Affairs Commissioner Franco Frattini said. The three countries use special work permits to attract highly skilled labor to fill shortages.

"We cannot do without setting common standards here," Frattini told the EU ministers, adding that the EU was not looking to dictate to EU nations how many and which immigrants they should let in.

"We shall not be interfering with the responsibility of each member state has in determining how many workers are available in each country," Frattini said.

Several ministers raised worries the "Blue Card" plan would attract more waves of illegal migrants, which would use the temporary permits to stay permanently in the EU.

"We should exercise due caution in order to ensure we do not produce unwanted new migratory flows," said Austrian Interior Minster Guenther Platter. "This could cause friction."

Other countries like Greece, Cyprus and Finland also expressed worries the plan could lead to added burdens on already strained national pension plans and on what rights such "Blue Card" holders should have while living in the EU.

The measure, which Frattini wants adopted by the end of the year, would seek to lure hundreds of thousands of professionals from across Asia, Africa and Latin America to work and live in the EU, under a fast-track visa which should be processed between 30 and 90 days.

The work visa would be valid for a renewable two-year period. Those who get the "Blue Card" would have the right to social and other employment benefits enjoyed by EU citizens and would, after an initial two-year freeze, be able to move to another EU state if they find a job there.

It would be left up to national authorities to decide how many EU work visas to issue under the plan.

EU officials have called for the new visa urgently, arguing the union's working-age population will shrink by more than 50 million by 2050, and only a steady influx of newcomers will offset the impact of low birth rates and a graying population.