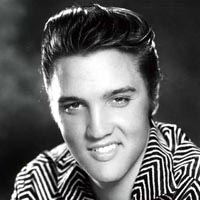 A legal battle over Elvis Presley memorabilia – including a glass device reportedly used to irrigate the King's sinuses before he took the stage – seems to be ended soon.

According to the lawsuit, Nichopolous agreed last year to sell it for US$1 million to Long and his business partners, Robert Gallagher and Betty Franklin of Nevada. Long put up the money, and Gallagher and Franklin, who claimed to have a "half interest" in the collection, agreed to assign all their rights to a company Long controlled.

The judgment held Gallagher and Franklin in contempt and gave Long authority to dissolve the partnership and sell the collection. The Supreme Court turned down Gallagher's appeal Tuesday.

David Finger, an attorney for Long, said his client was determined to make Gallagher give up the collection.

"If he does not turn it over, we will seek to have him incarcerated," Finger said.

Michael Matuska, an attorney for Gallagher and Franklin, did not immediately return a telephone message Wednesday.