A Ming Dynasty painting has been auctioned off for US$10.7 million (EUR7.4 million), a record price for a Chinese painting, state media said Wednesday. 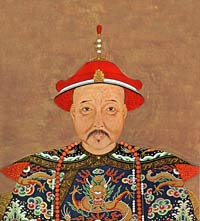 "The Red Cliff Handscroll is the first Chinese painting to have been sold at more than US$10 million. It is a fair price for the masterpiece considering its invaluable artistic and historical worth," Wang Yannan, president of the auction company, was quoted as saying by Xinhua.

"It marks the status of Chinese painting in the international market," Wang said.

The previous record for a Chinese painting was set earlier this year at an auction in Hong Kong, when "Put Down Your Whip" by Xu Beihong sold for US$8.19 million (EUR5.6 million).

Qiu was a master of gongbi, a meticulous brush technique. He was born in east China's Jiangsu province in 1494 and died in 1552. Fewer than 50 of his works have survived, with most in museums.

A seal on the painting showed it was first collected by Zhang Xiuyu, one of the greatest art sponsors of the Ming Dynasty.

Xinhua said the painting had been kept by an entrepreneur surnamed Zhang from Tianjin in northern China for more than 80 years. It gave no other details about the seller or the buyer.