The Goncourt literary prize was given to author Gilles Leroy on Monday for his "Alabama Song," a story written in the first person but inspired by the descent into madness of the wife of famed novelist F. Scott Fitzgerald. 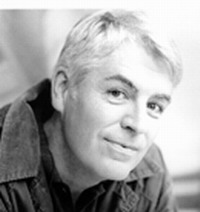 Leroy's twelfth novel, "Alabama Song," mixes biographical material with the imaginary to portray Zelda - half of the jet-set Fitzgerald couple that lit up the flapper era, notably in France.

Leroy uses the pronoun "I" to tell the story of his Zelda, saying that putting himself in her skin was the only way to recount "an extreme life."

"It couldn't be lukewarm. The way Zelda lived and the way she died isn't lukewarm," he said, referring to her end in a hospital fire.

It wasn't an easy sell. The 48-year-old Leroy won the vote on the 14th round of balloting by the literary jury.

The book's title, "Alabama Song," was the product of a search. The author said he was looking for a way to include "Alabama," Zelda's birthplace, in the title and alighted on the poem by Bertolt Brecht and Kurt Weil - taken up by The Doors in the 1960s, repackaged by David Bowie and given a rebirth with the book.

A second prize, the Renaudot, went to Daniel Pennac for "Chagrin d'Ecole" (School Blues), which recounts another kind of torment: a bad student who loses friends and self-esteem in the downward spiral of his grades.