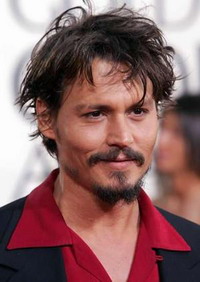 "Now every single millisecond is a mini-celebration," the 44-year-old actor tells Entertainment Weekly in its Nov. 9 issue. "Every time we get to breathe in and exhale is a huge victory. She pulled through beautifully, perfectly, with no lasting anything."

Lily-Rose, the daughter of Depp and French singer Vanessa Paradis, was admitted to a British hospital to receive treatment for an undisclosed ailment about three weeks after Depp started work on "Sweeney Todd: The Demon Barber of Fleet Street," Tim Burton's adaptation of the Stephen Sondheim musical about a murderous barber.

"To say it was the darkest moment, that's nothing," Depp tells the magazine. "It doesn't come close to describing it. Words are so small. But knowing that those people, Tim and the crew, shut down and stood by and waited ... I didn't know if I was coming back. I remember talking with Tim, saying, `Maybe you need to recast."'

"Once we were given the all-clear, I had to dive back into the work," he says. "I had to get back in there for Tim."

"Sweeney Todd" is set for limited release in the U.S. next month.

Depp and Paradis also have a 5-year-old son, Jack.