Physician are not sure that there is enough evidence to tell if most treatments for post-traumatic stress disorder work. Thousands of veterans returned from Iraq suffer. 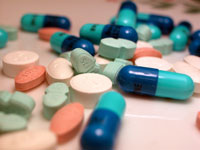 The one proven treatment: So-called exposure therapies, where PTSD patients are gradually exposed to sights and sounds that essentially simulate their trauma, to help them learn to cope, advisers to the government reported Thursday.

The lack of evidence for other therapies does not mean patients should give them up - they still should get whatever care their personal doctors deem most promising, stressed Thursday's report from the Institute of Medicine.

"The take-home message for patients should be that they seek care," said Dr. David Matchar of Duke University, who co-authored the report.

"That is the way medicine is practiced - we do the best we can with what we've got," he added. But, "we need better."

While PTSD was first recognized in Vietnam veterans, war is far from its only trigger. Crime, accidents and other trauma can cause it in civilians, too. Sufferers experience flashbacks and physical symptoms that make them feel as if they are reliving the trauma, even many years later.

Today, PTSD is the most commonly diagnosed mental disorder among veterans returning from Iraq and Afghanistan, affecting an estimated 13 percent and 6 percent of them, respectively, says the new report - which concluded it is not even clear if veterans and civilians will need different types of therapy for PTSD.

Delays in getting care for both mental and physical health problems plague many injured veterans, as the Pentagon and Department of Veterans Affairs struggle with backlogs in processing disability benefits and in coordinating services. Ensuring prompt PTSD care was a key recommendation of a presidential panel appointed last summer to investigate those problems.

Thursday's report addresses a somewhat different issue: Once a patient arrives for treatment, what to offer? The VA asked the prestigious Institute of Medicine to review the scientific evidence for a variety of medications and psychological treatments - before the department updates its own treatment guidelines.

Exposure therapies already are offered in the VA system, and "we will redouble our efforts to ensure our mental health staff are trained to provide these effective psychotherapies," said Antonette Zeiss, a clinical psychologist who is deputy chief of VA's mental health services.

Other existing treatments will remain, too, she said, but VA officials planned to meet Thursday to begin planning new research to better prove their value.

"The other treatments have not definitely been shown to be effective. That's different from being shown to be ineffective," Zeiss cautioned. "They are some of the best clinical tools we have. But we should continue to try to understand them better, understand for whom they work."