House Democratic leaders were working to override a presidential veto on a popular children's health program, but pledged to find a way to cover millions without insurance should their effort fail. 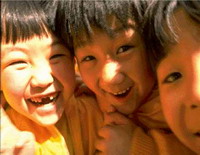 At the same time, the White House sought to chide the Democratic-controlled Congress as the obstructionists in reauthorizing the State Children's Health Insurance Program. It said Democrats were the ones who had shown unwillingness to compromise.

President George W. Bush is "more than willing to work with members of both parties from both Houses," deputy press secretary Tony Fratto said.

In talk show interviews, Speaker Nancy Pelosi and Majority Leader Steny Hoyer did not dispute claims by Republican leaders that the Republicans will have enough votes to sustain President George W. Bush's veto when the House holds its override vote on Thursday.

Pelosi and Hoyer promised to pass another bipartisan bill if needed.

"Isn't that sad for America's children?" said Pelosi when asked about Republican assurances the override vote will fail. "It doesn't mean we aren't working hard throughout the country: governors, mayors, people who deal with children on a regular basis.

"We'll try very hard to override it. But one thing's for sure: We won't rest until those 10 million children have health care," she said in an interview broadcast Sunday.

"This is a defining moment for the Republican Party, in my opinion," Hoyer said, before adding later: The program is "not going to die. We're going to go back and we're going to pass another bill."

House Democrats scheduled the vote after Bush earlier this month vetoed legislation that would increase spending for the State Children's Health Insurance Program by $35 billion (24.69 billion EUR) over five years. Bush has called for a $5 billion (3.53 billion EUR) increase.

An override requires a two-thirds majority in the House and Senate. The Senate approved the increase by a veto-proof margin, but the earlier House vote fell about two dozen votes short.

Bush has said the bill is too costly. The president now says he might be willing to provide more than $5 billion (3.53 billion EUR) originally offered but that the current proposal shifts too much insurance burden onto the government rather than private providers.

On Sunday, House Minority Leader John Boehner said he hopes that Democrats will agree to negotiate once the veto is sustained so that the children's insurance program can be reauthorized.

"We will have the votes to sustain the president's veto," Boehner said. "And I think the differences are resolvable, but we're standing on our principle that poor kids ought to come first."

Last week, Pelosi said Democrats were making some progress and hoped to "peel off about 14 votes" to override the veto. Republicans such as Sen. Charles Grassley of Iowa and Orrin Hatch of Utah also were working to sway wavering House Republican lawmakers.

On Sunday, Pelosi did not comment on the predicted vote tally.

"We'll take one step at a time. And, again, we'll maintain our bipartisanship and our fiscal soundness," she said. "And we'll talk to the president at the right time, when he makes an overture to do so, but not an overture that says, 'This is the only thing I'm going to sign."'

Fratto said it was untrue that Bush had never sought compromise in the vetoed legislation, contending that Democrats had shut out administration officials in the original negotiations. House Democrats have countered that they had already compromised enough because they wanted $50 billion (35.28 billion EUR) for the program but dropped it down to $35 billion (24.69 billion EUR) to appease Senate Republicans.

"It is encouraging that Speaker Pelosi has expressed a willingness to find common ground," Fratto said Sunday.

Pelosi spoke on ABC television's "This Week," and Hoyer and Boehner appeared on "Fox News Sunday."