Drug makers pulled kids' cold medicines off the market after the U.S. government warned of potential health risks to infants. 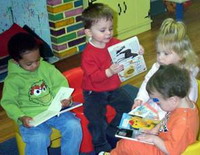 Products aimed at children under the age of 2 are being removed from store shelves due to "rare instances of misuse" that could lead to accidental overdose, a trade group that represents over-the-counter drug makers said. The group said parents should not use any medicines they have at home.

The Consumer Healthcare Products Association said last month it agreed with government officials that use of the drugs should be restricted, but had previously stopped short of pulling the products from the market.

CVS Caremark Corp. said Thursday it would remove the affected products as well as CVS-brand equivalents from store shelves.

Late last month, the Food and Drug Administration tentatively recommended adding the words "do not use in children under two years" to products' labeling. Current labeling directs parents to consult a doctor before administering the drugs to infants and toddlers.

The medicines come in tiny, droplet-size doses, but parents occasionally do not consult or follow directions from doctors, which can lead to accidental overdose.

The FDA will formally consider revising labeling at a meeting scheduled for Oct. 18-19.

After reviewing reports of side effects over the last four decades, the FDA found 54 child fatalities from over-the-counter decongestant medicines. The agency found 69 reports of children's deaths connected with antihistamines, which are used to treat runny noses.

The Consumer Healthcare Products Association, which represents drug makers, said it will conduct a multiyear campaign to educate parents and physicians on safe use of cold medicines.

"The manufacturers made this decision after a lot of consideration and with great care for the best interests of parents and children," said CHPA spokeswoman Virginia Cox. "But we can't speak to what the future holds."

The trade group stressed in a statement that the "medicines are, and have always been, safe at recommended doses."

However, industry critics challenged the statement.

"When it comes to children under age two there are no recommended doses on these products so it's not reasonable to claim they are safe and effective when used as directed," said Dr. Joshua Sharfstein, Baltimore's health commissioner.

The FDA is reviewing the safety of cold medicines at the request of Sharfstein and other Baltimore city officials, who reported 900 Maryland children under the age of 4 overdosed on the products in 2004.