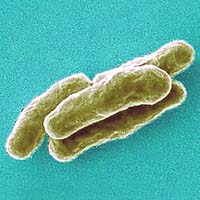 The work previously would have taken a year, but doctors were able to sequence 100 million bases in a week using the latest technology developed in the United States, said Dr. Carl Montague of LifeLab, a biotechnology projected funded by the government.

"We consider this a breakthrough because it will provide for more analysis of MDR (drug-resistant TB) and XTRTB (extra drug-resistant TB), and to understand the differences between them," Montague told The Associated Press in a telephone interview.

The particularly drug-resistant strain that kills most victims speedily was discovered in eastern South Africa a year ago and is expected to spread quickly to neighboring countries.