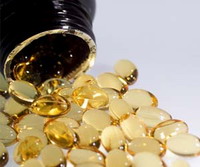 The research follows up on a study in Scotland showing that men taking the drug Pravachol for five years substantially lowered their risk of heart attack and death from heart disease.

They were followed for another 10 years after most stopped taking the drug. That group was compared with a group of men who were given dummy pills during the five-year study. There was a 25 percent lower risk of heart attack or death from heart disease among those in the statin group, when compared with the placebo group.

The study participants were middle-aged men who had never had a heart attack but who had a very high average level of LDL, or bad cholesterol - 192.

While the study found protection lasted after statin use stopped, the drugs usually are prescribed indefinitely, especially for people with known heart disease. Federal guidelines say these drugs are very safe and may be used by people with LDL levels as low as 130, or even 100 if they are at very high risk of heart attack.

The new results, based on medical records from more than 90 percent of the men in the original experiment, appear in Thursday's New England Journal of Medicine.

The researchers wrote that statin's protective effect was probably because existing plaque was stabilized and the progression of coronary artery disease was slowed.

"Continuing treatment after five years may be beneficial," they wrote.

Over the 15-year period, 619 of the original statin takers and 674 of the placebo takers died.

Dr. Michael J. Domanski of the National Heart, Lung, and Blood Institute said the study's biggest weakness is the fact that after the study ended, more of the original statin patients took the drugs than those in the placebo group.

The researchers argued that that difference could not explain the overall long-term protection demonstrated in the study.

Domanski wrote in an editorial that the study clearly shows the benefit of statin use "is durable over the long term" and that there now can be no doubt reducing levels of LDL cholesterol has a role in preventing and treating heart disease.

Still uncertain, he added, is how early people with high cholesterol should start using statins and how low one's LDL should be for the most benefit.

Currently, the National Cholesterol Education Program, a federally funded advisory group, and leading heart doctor groups recommend cutting the LDL level to below 70 for patients at very high risk of a heart attack, below 100 for high-risk patients and below 130 for moderate-risk patients.

The follow-up study was partly funded by Bristol-Myers Squibb Co., the maker of Pravachol, and Daiichi Sankyo Inc., maker of the statin WelChol. All but one of the researchers reported receiving consulting fees, lecture fees or research grants from a total of five other pharmaceutical companies, four of which sell statins.