The consumer robotics market is expanding with robots that can spy inside your home when you're away or arrange virtual meetings of family or friends. 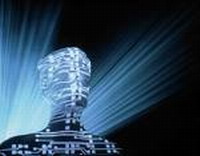 Robotics experts say gadgets introduced Thursday could usher more socially oriented robots into the U.S. market, though they bear little physical resemblance to humans or pets as robots embraced by consumers in Japan and South Korea do.

"As these kinds of devices mature in the years ahead, I expect them to gradually become more sophisticated in terms of providing gestures, object interaction such as picking things up, and eventually moving toward a more human shape," said James Kuffner, an assistant professor at Carnegie Mellon University's Robotics Institute.

A new device by iRobot Corp. resembles the company's disc-shaped Roomba vacuum cleaner but has a webcam bulging from the top.

It is designed to enable parents on a business trip to feel they are almost at home. For example, a parent could remotely send the wheeled robot into a bedroom, where the children could open a book in front of the robot's camera. The parent could then read the story aloud and watch and hear the kids' reactions. The family could also converse.

The robot can be controlled from within the home or remotely, using a Web connection to a home wireless network. The user can operate the robot with either a joystick or a computer installed with iRobot-supplied software.

Color digital video streams only one way, meaning a traveling parent could see the kids but not vice versa. Up to 10 parties can have PIN-number access to the gadget, allowing distant relatives or friends to keep in touch, as well as immediate family.

For now, iRobot is offering limited quantities - the Burlington, Mass., company won't say how many - under a pilot program. For $199 (140 EUR), select participants can take the device home, test it out and offer comments. IRobot says ConnectR will become broadly available early next year for less than $500 (353 EUR).

IRobot isn't turning its attention away from task-oriented robots. On Thursday, the company also announced the Looj, designed to clean roof gutters - a messy job requiring repeated trips up and down a ladder. Looj, costing less than $100 (70 EUR), propels itself via remote control as it sweeps out gunk. It still requires climbing a ladder to place the device in the gutter. And since Looj cannot turn corners, that means at least four trips up and down.

Another product introduced Thursday at the DigitalLife technology conference in New York bears little resemblance to the new iRobot ConnectR, though it too enables seeing remotely. Spykee the WiFi spy robot, developed by France-based Meccano and marketed in the U.S. by Erector, best known for its Erector Set kits, has tank-style track wheels, two decorative mechanical arms and a camera on top that looks vaguely like a human head.

Enthusiasts, who must assemble it themselves from about 200 parts, can choose among three configurations. Spykee's audio and video technology is similar to the new iRobot product's, but it is being pitched as a device to check on the pets when you're on vacation or find out what the kids are doing at home alone after school.

Spykee's makers also say the gadget could potentially help catch a home intruder if placed near a door or window. If the robot's motion sensor is triggered, it can activate an alarm, or snap a digital photo and e-mail it to the homeowner.

Both new robots attempt to give remote users "virtual presence" - a concept that's proven useful for doctors at a Baltimore hospital who rely on a $150,000 (105,783 EUR) robot to remotely check in with hospital patients by sending the gadget to their bedside.

Now, similar robots at lower cost are possible in the consumer market.

"Advances in computer hardware, software, and lower-cost cameras, microphones and other sensing devices are enabling this to happen," said Kuffner, the robotics professor.

Neena Buck, a Cambridge, Massachusetts-based independent robotics analyst, said that although the models introduced Thursday are socially oriented, they're still a far cry from the human-like robots that have caught on in Asia.

"In the U.S., we want our robots to be utilitarian, and act as helpers to us," Buck said. "In Japan and Korea, they think of robots as friends and pets, and as additions to their families."

But as prices come down, "I think Americans will be willing to experiment with cute-ish robots that do something like bring a family together," she said.