Even a little money can make people lose weight. 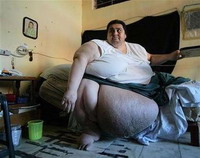 The research published in the September issue of the Journal of Occupational and Environmental Medicine found that cash incentives can be a success even when the payout is as little as $7 (5 EUR) for dropping just a few pounds in three months.

Unlike providing onsite fitness centers or improving offerings in the company cafeteria, cash rewards provide a company with a guaranteed return, the researchers said.

"They really can't be a bad investment because you don't pay people unless they lose weight," said Eric A. Finkelstein, the study's lead author and a health economist at RTI International, a research institute.

The study involved about 200 overweight employees at several colleges in North Carolina, divided into three groups. One group received no incentives while the other two groups received $7 or $14 (10 EUR) for each percentage point of weight lost.

Participants did not get any help on how to lose weight. In the end, employees who received the most incentives lost the most weight, an average of nearly 5 pounds (2 kilograms) after three months. Those offered no incentives lost 2 pounds (0.9 kilograms); those in the $7 group lost about 3 pounds (1.4 kilograms).

Those in the $14 group were more than five times as likely to lose 5 percent of their weight - the amount research has shown to be clinically significant, according to the study.

Finkelstein and co-authors Laura Linnan and Deborah Tate, professors at the University of North Carolina at Chapel Hill's School of Public Health, are analyzing data from a follow-up study that observed about 1,000 participants for a year. In that study, financial incentives were tested against a Web-based weight-loss program and changes in the office environment, such as healthier cafeteria food.

Linnan said more research is needed to determine the ideal dollar amount and whether incentives work in the long term.

"It's clear that one of the biggest challenges is to help people who lose weight keep the weight off," she said.

While there are some federal guidelines on offering cash incentives, the idea is relatively new and will likely require further study before many employers are willing to try such a program, said Dr. Jeffrey Dobro, a consultant with the human resources consulting firm Towers Perrin.

"To actually pay people for results is a little bit problematic ... if you don't give people an equal opportunity," he said.

To compensate, employers could offer similar incentives to staff who maintain a healthy weight, he said.

So far, the trend among larger companies has been to provide incentives for employees who do things like complete a health risk assessment or attend coaching sessions for weight management, said LuAnn Heinen, director of an institute that studies the costs and effects of obesity for the National Business Group on Health, which represents mainly Fortune 500 companies.

But Heinen said the study will be welcomed by employers who realize participation in other health programs remains low, or that they are paying for people to lose the same 10 pounds over and over again.

"I think over time companies will start looking for something with a little more teeth," she said.