A widely used diabetes pill raises the risk of heart attacks and possibly death, according to a scientific analysis that reveals what some experts are calling another Vioxx-like example of the U.S. government failing to protect the public from an unsafe drug. 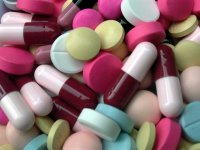 More than 6 million people worldwide have taken the drug, sold as Avandia and Avandamet, since it came on the market eight years ago to help control blood sugar in people with the most common form of diabetes. About 1 million Americans use it now.

Pooled results of dozens of studies on nearly 28,000 people revealed a 43 percent higher risk of heart attack for those taking Avandia compared to people taking other diabetes drugs or no diabetes medication, according to the analysis published online Monday. The study, published by the New England Journal of Medicine, also found a trend toward more heart-related deaths.

The findings are frightening because two-thirds of diabetics die of heart problems, so a drug that boosts this possibility is especially hazardous for them.

Still, the actual risks to any single patient appear small. Diabetics should talk to their doctors before stopping any medication, said a statement issued by the American Diabetes Association and two groups of heart doctors.

Avandia's maker, British-based GlaxoSmithKline PLC, disputed the results of the analysis but acknowledged that its own similar review found a 30 percent increased risk - information it gave last August and possibly even earlier to the U.S. Food and Drug Administration. But the company said that more rigorous studies did not confirm excess risk.

FDA officials issued a safety alert on Monday and said they likely would convene an advisory panel, but planned no immediate changes to the current side effect warnings on the drug's packaging.

Avandia is used to treat Type 2 diabetes, the most common form of the disease, which is linked to obesity and afflicts 18 million Americans and 200 million people worldwide. This form of diabetes occurs when the body does not make enough insulin or cannot effectively use what it manages to produce.

Avandia, or rosiglitazone, helps sensitize the body to insulin and was considered a breakthrough medication for blood-sugar control. It also is combined with metformin and sold as Avandamet. Only one other drug like it - pioglitazone, sold as Actos and Actoplus Met by Takeda Pharmaceuticals - is sold in the United States.

GlaxoSmithKline also has been testing Avandia to try to prevent diabetes in those at high risk of it, and, in separate studies, to prevent Alzheimer's disease.

However, the new analysis casts a pall on its prospects for prevention as well as treatment, many specialists said. The study was led by Dr. Steven Nissen and statistician Kathy Wolski at the Cleveland Clinic. Nissen accepts no personal fees for consulting for any drug makers.

While the analysis does not spell out the actual the rate of heart attacks among Avandia users, the 43 percent excess risk is in line with what a similar analysis found for lower doses of Vioxx use, Nissen said. Another context for that number: Heart attack risks are lowered about 25 percent by cholesterol-reducing statin drugs - ample reason to prescribe them.

The Avandia studies Nissen analyzed were not designed to look for heart risks and many of them were so short - some only 24 weeks - that risks may only appear over the longer term, he said.

The drug "represents a major failure of the drug-use and drug-approval processes in the United States," Drs. Bruce Psaty and Curt Furberg wrote in an editorial in the New England Journal. Psaty is with the University of Washington in Seattle and Furberg is with Wake Forest University.

When the drug was approved, evidence of its benefits were "at best mixed," wrote the two doctors. Both have been frequent critics of the FDA's failure to spot dangers in the drug approval process and its conduct involving Vioxx.

Avandia's label already warns about possible heart failure and other heart problems when taken with insulin. The drug also raises LDL or bad cholesterol, and can cause fluid retention and weight gain. Glaxo also has reported some patients suffered more bone fractures, swelling of the legs and feet, and rare reports of swelling in the eye that can cause vision problems.

However, in a conference call Monday, Dr. Lawson McCartney who leads Glaxo's diabetes drug development, said: "We remain very confident in the safety and of course in the efficacy of Avandia as an important diabetic medicine."

Dr. Robert J. Meyer of the FDA's Center for Drug Evaluation and Research, also defended the agency's actions, saying information about risks is not clear-cut.