Greenhouse gas emissions in the 15 Western European Union members dropped by 0.8 percent between 2004 and 2005. 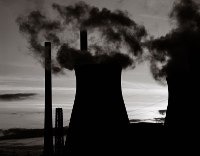 Germany, Finland and the Netherlands led the charge in reducing carbon emissions by cutting their reliance on coal and other fossil fuels for producing electricity and heating, the European Environment Agency said in a preliminary report.

"That means quite a lot in absolute amounts, because Germany, in essence, has almost a quarter of EU emissions," he said.

Jacqueline McGlade, the EEA's executive director, said the drop was a positive signal but not necessarily an indication that emissions will continue to decrease.

"It represents a decrease over only one year and may not be representative of the trend over a longer period," she said.

Barkman said several countries still have a lot of improvements to make, including Spain, where emissions rose by 3.6 percent in 2005.

The report was submitted to the United Nations Framework Convention on Climate Change on April 14. The figures will be rechecked by the U.N. and EEA before the final report is published in June.

The report is more detailed on the 15 old EU members because these countries were covered by the 'EU burden-sharing agreement' under the 1997 Kyoto Protocol.

Under EU rules, the 12 new, mostly eastern European states, do not have to meet that target.