A top South Korean university confirmed Friday that a team of researchers at the school had cloned two wolves, ending weeks of investigation over the team's alleged manipulation of data to inflate its accomplishment. 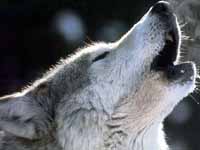 Two separate DNA tests at independent labs verified that "the wolves on display in a zoo were cloned wolves," the Committee on Research Integrity of Seoul National University said in a statement.

The committee said it found that the research team did not attempt to intentionally manipulate data, saying that the researchers had inserted an incorrect number in DNA information for a paper whose results were published in the journal Cloning and Stem Cells.

Lee Byeong-chun, a former collaborator of disgraced stem cell scientist Hwang Woo-suk, announced in March that his team had succeeded in cloning the two wolves, named Snuwolf and Snuwolffy, both born in October 2005.

But the veracity of the cloning was soon called into question after young South Korean scientists in online Web logs raised the allegations of data manipulation.

Lee was a key member of Hwang's research team, whose purported breakthroughs in creating human stem cells through cloning were found to be fake. But the team's success in cloning the world's first dog, Snuppy, was confirmed.

Lee, who had been suspended from his university for three months over the stem cell scandal, was the main scientist in the dog cloning. He has been on trial, along with Hwang and other former team members, on charges of misappropriating research funds.

The committee said it will recommend that the head of the university take steps against Lee's research team for defaming the university but it did not elaborate.