The U.S. Army, faced with thousands of cases of brain injury from the Iraq war, will soon begin testing brain scanning equipment in hopes of finding a more accurate way to identify hard-to-diagnose wounds. 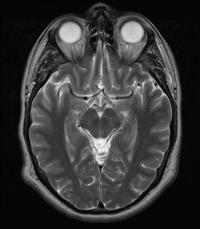 To date, the Army has not extensively used neuroimaging equipment to detect brain injuries in returning soldiers because not enough testing has been done to judge the technology's effectiveness.

The move to try to detect brain injuries comes after a recent study at Fort Carson found that 18 percent of troops who had been to Iraq 2,392 of 13,400 _ suffered at least some brain damage from the blasts of improvised explosive devices.

Doctors often must rely on questioning soldiers to determine if they've suffered brain damage in battle. Cho said that isn't good enough; many injured show no symptoms, while other symptoms can mirror other conditions.

"How do you determine that someone has actually had a traumatic brain injury other than asking the soldier?" Cho said.

Verbal tests are subject to failure for many reasons: the soldier may not remember, may deliberately withhold information to avoid being discharged, or may not yet be feeling the effects of an injury.

Stephen Robinson of Veterans for America, an organization that has accused the Army of discharging soldiers with brain damage, was pleased with the announcement. "After two years of us complaining, they are going to do something," Robinson said.

Fort Carson will use soldiers who have already been diagnosed with traumatic brain injury to test the technology and rate its effectiveness, Cho said. Results will be delivered to an Army review board.

"We feel that we that we can move forward on behalf of the Army and for soldiers faster than other places," Cho said. "Hopefully it will identify a marker that can help diagnose brain damage."