Roberta Perry has tried it all to lose the pounds (kilos) organized diet programs, prescription pills, psychotherapy, even hypnosis. 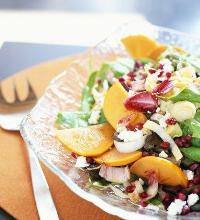 Those efforts worked for a while for the Pennsylvania woman, but the weight inevitably crept back up. After years of yo-yo dieting, Perry realized it would take more than gimmicks to slim down.

"As much as I would like to have a magic bullet, I knew the only way to lose weight was eat less and exercise more," said the 39-year-old public relations consultant.

Her experience is a common one. Researchers at the University of California, Los Angeles, examining 31 weight-loss studies found long-term dieting does not keep the pounds (kilos) off. While people can lose weight initially, many relapse and regain the weight they shed.

The findings confirm what many scientists have been saying all along: Losing weight is easy. Keeping it off is another story.

"If dieting worked, there would be a bunch of skinny people walking around," said obesity researcher Dr. David Katz, head of Yale University's Prevention Research Center, who did not participate in the latest study.

Since the 1970s, the ranks of overweight and obese Americans have risen with two-thirds of adults in that category. Obesity raises the risk of heart disease, diabetes and some cancers. Being overweight increases blood pressure and cholesterol levels which can lead to heart disease.

Many factors can conspire against successful weight reduction, health experts say. Diets can be boring and there's always a temptation to return to old habits. Serial dieters may also become discouraged and give up when their weight plateaus. People who lose too much too soon don't learn to make the overall lifestyle changes eating healthier foods and exercising regularly that are necessary to keep their weight stable.

"It's just plain difficult to modify your diet and turn away from the pleasures of eating," said Michael Goran, an obesity researcher at the University of Southern California. "We're driven to eat."

The UCLA researchers analyzed 31 diet studies that followed people two to five years after they went on diets. Between one-third and two-thirds gained back the weight they lost. A small number were able to successfully maintain their weight loss.

The UCLA study did not compare individual fad diets or organized weight-loss programs.

"We're not saying don't make some kind of effort," said Traci Mann, the UCLA psychologist who led the study. "It means that people should be quite clear that a diet is a temporary fix."

Perry, who owns a public relations firm in suburban Philadelphia, was an "emotional eater" who found comfort in food whenever she felt angry or depressed.

For the past 20 years, Perry tried all sorts of diets with mixed success. More recently, she decided to change her lifestyle and focus on lowering her cholesterol rather than obsessing about her weight.

The result: Perry, who is 5 feet 8 inches (1.7 meters) tall, has kept her weight steady for the past two years  250 pounds (113 kilograms) from a high of 325 pounds (147 kilograms). Although still obese, she is no longer considered morbidly obese.

It's unclear whether repeatedly losing and gaining weight leads to health problems. But some studies have found a link between seesawing weight and problems such as high blood pressure, high cholesterol and gallbladder disease.

Specialists generally agree that surgery is the only proven method to keep weight off. But federal guidelines say a person must try traditional ways to lose weight and is at least 100 pounds (45 kilograms) overweight before opting for surgery.

Dr. Samuel Klein, an obesity expert at Washington University in St. Louis, said a diet's success shouldn't just be measured in pounds. If a person becomes healthier even if the weight loss is temporary, that should be deemed a success.

"There might be benefits in losing weight for a period of time even if you regain it than not having lost the weight at all," Klein said.