The international Cassini spacecraft has beamed back to Earth never-before-seen angles of Saturn from high above and below its majestic rings. 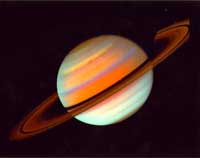 The planet is fully surrounded by the rings in images released Thursday by NASA.

"Finally, here are the views that we've waited years for," Cassini scientist Carolyn Porco of the Space Science Institute in Boulder, Colorado, said in a statement.

"It just doesn't look like the same place. It's so utterly breathtaking, it almost gives you vertigo," Porco continued.

Cassini snapped the images while in a highly inclined orbit during the past two months, reports AP.

The $3.3 billion (EUR2.5 billion) Cassini mission, funded by NASA and the European and Italian space agencies, was launched in 1997. It is managed by NASA's Jet Propulsion Laboratory in Pasadena.