A handwritten manuscript by Truman Capote, written for a dear friend a day before he died, is among more than 300 of his personal effects to be auctioned next week. 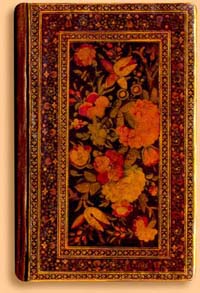 The Capote memorabilia is being offered for sale by Joanne Carson the late Johnny Carson's second wife on Nov. 9 at the Bonhams & Butterfields auction house in Manhattan. It will be simulcast at Bonhams' offices in Los Angeles and San Francisco.

The auction comes on the heels of two major motion pictures about Capote in the past year, "Capote" and the just released "Infamous," and a book, "Party of the Century: The Fabulous Story of Truman Capote and His Black and White Ball," about the legendary party he hosted at the Plaza Hotel in 1966.

In the summer of 1984, the "In Cold Blood" author, ailing by then, wrote the 14-page essay for Carson on a spiral notebook after asking her what she wanted for her birthday.

"Truman, I just want you to write," Carson replied as the two lounged near the pool of her Bel Air, California, home where Capote spent much time. "If you're writing, I'm happy."

The result was a short memoir entitled "Remembering Willa Cather," a recollection of his first chance meeting with Cather whose work he revered when he was a teenager.

On Aug. 25, 1984, the day after he wrote the manuscript, Capote died after refusing to go to the hospital.

Bonhams says Carson, now 75, who divorced the "Tonight" host in 1971, "lovingly cared for" the things that Capote left her for 22 years.

They also include a 38-page essay written by Joanne Carson of her early relationship with Johnny Carson, and edited by Capote. "He carefully revised her work, streamlining her prose, punching up descriptions and occasionally providing new text altogether, turning a generally well-written piece into a dynamic memoir," the auction house said of the essay, which is estimated to fetch between $10,000 and $15,000 (Ђ7,870 to Ђ11,800), reports AP.