Menthol cigarettes may make it harder for smokers

Now a new study has provided evidence that the peppermint oil additive in menthol cigarettes may make it harder for smokers to quit and may contribute to higher tobacco-related disease and death rates in African Americans, who tend to prefer menthols. 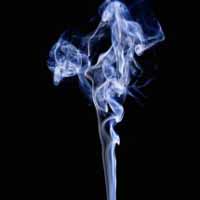 Menthol cigarettes may make it harder for smokers

Dan Jacobsen said that he smoked menthol cigarettes when fighting a cold because they offered a cooler, easier drag than his regular smokes.

According CBC News, i n a study that followed more than 1,500 smokers over 15 years, U.S. researchers found that those who smoked menthol cigarettes in 1985 were more likely to still be smoking in 2000: almost 70 per cent of those whose tobacco of choice was menthol were still smoking compared with about 55 per cent of those who chose regular cigarettes.

"The main finding is that per cigarette smoked, menthol cigarettes are no more harmful than non-menthol in terms of arteriosclerosis or pulmonary (lung) damage," said lead investigator Dr. Mark Pletcher, a clinician and epidemiologist at the University of California in San Francisco.

"Certainly they're both harmful. It doesn't matter really what you smoke - you shouldn't," Pletcher said Monday from San Francisco. "But menthol smokers may have a harder time quitting and may need some extra support when they try to quit."

Menthol "was associated with a lower likelihood of trying to quit in the first place," the study said. It added that menthol smokers, if they did quit, were almost twice as likely to relapse after trying to stop and also less likely to stop for a sustained period of time.

Pletcher's study of 808 women and 727 men found that 69 percent of those who smoked menthol cigarettes in 1985 were still smoking at follow-up examinations in 2000 compared to 54 percent of smokers who bought regular cigarettes.

The study said it found no evidence that peppermint oil-based menthol itself makes such cigarettes more dangerous.

"Menthol and non-menthol cigarettes seem to be equally harmful per cigarette smoked" in terms of heart disease and declines in lung function, the study concluded, informs Reuters.