Obesity alone does not lead to early death or critical illnesses but the risk trebles if a patient has diabetes, experts have said. 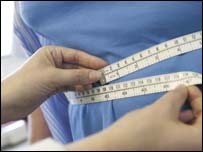 The link between obesity and type 2 diabetes is well established but now researchers insist that obesity alone is not a predictor of life-threatening illness or early death, reports Bradford Telegraph.

According to Mirror, diabetes, strongly linked to obesity, trebles the risk of patients dying young.

The University of Kentucky, after studying 15,408 patients, said: "It suggests obesity by itself is not a significant predictor of death." Diabetes UK warned that 80 per cent of type-2 diabetes sufferers are overweight.

Zoe Harrison, care advisor at the charity Diabetes UK, said most people diagnosed with type 2 diabetes were overweight. She said: "This research clearly highlights how serious diabetes can be. The complications of diabetes include strokes, kidney damage, amputations, nerve damage and blindness, informs Daily Mail.