Anti-miscarriage drug may cause breast cancer

DES, a synthetic oestrogen, was developed in 1938 as a treatment for women with low levels of natural oestrogen during pregnancy, who doctors believed were at an increased risk of abortions and premature births, BBC News reports. 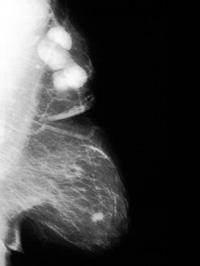 Anti-miscarriage drug may cause breast cancer

An estimated 200,000 women in the UK took the drug. But medical records are incomplete and many of the women - and their children - may not even realise they did so and that there is an increased risk of illness. The U.S research indicates that the danger will grow as the 'DES daughters' approach menopause.

Doctors are now urging women whose mothers took the drug to examine their breasts regularly for signs of the cancer which kills 13,000 British women a year.

DES, diethylstilboestrol, has already been branded the 'silent thalidomide', after the morning sickness drug which handicapped thousands of babies.

The drug, a synthetic version of the female sex hormone oestrogen, was also known as Stilboestrol.

It was 'given out like Smarties' to prevent miscarriage and complications of pregnancy including morning sickness and high blood pressure.

Worldwide, six million women are believed to have taken it. The drug was withdrawn in 1975 when studies revealed its effects on unborn children.

As the DES daughters grew up, many developed cancers of the vagina and other disorders of the reproductive system.

The sons had low sperm counts and undescended testicles and it is thought they may be at increased risk of testicular cancer.

The mothers themselves had an increased risk of breast cancer. Now, it has been revealed that the daughters also do.

Boston University researchers compared rates of the disease in 4,000 'DES daughters' with those in 2,000 women whose mothers had not taken the drug, according to Daily Mail.

Overall the DES daughters had a 40 per cent increased risk of the cancer. T h e r i s k increased with age, with those over 40 some 90 per cent more likely to get the disease.