A disappointing new study found that vitamin C and E supplements given to healthy pregnant women do not reduce their risk of developing preeclampsia, a complication that can be lethal to both mother and child. 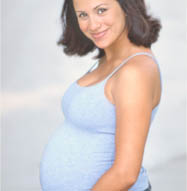 Similarly, a recent British study found that the supplements do not help women who run a high risk of preeclampsia, and might even harm their babies by leading to low birth weight.

Preeclampsia happens when vessels in the mother's womb constrict, cutting off blood and oxygen to the fetus. It occurs in late pregnancy and produces a spike in blood pressure. No one knows why it happens, and there is no effective treatment other than inducing early delivery.

The condition kills about 76,000 women and babies a year worldwide. In the United States, it occurs in about 8 percent of pregnancies and accounts for 15 percent of premature births.

However, in light of the new research, some doctors are saying expectant mothers should not take supplements beyond what is in their multivitamin.

"Given the information that we have, I would not recommend taking additional vitamins C and E," said Dr. Arun Jeyabalan, an obstetrician at the University of Pittsburgh School of Medicine who had no role in the research.

The study, led by researchers from the University of Adelaide in Australia, was published in Thursday's New England Journal of Medicine.

In the study, 1,877 healthy women took either vitamins or dummy pills during their second trimester. The women were not allowed to take other over-the-counter supplements, but a prenatal multivitamin was allowed.

Women who took supplements had higher rates of blood pressure and hospitalization. But the results were not statistically significant, and researchers said the difference could have occurred by chance.

Health experts say the study leaves open the question of whether expectant mothers in Third World countries with inadequate diets might benefit from high-dose supplements. Several international studies are under way to help answer that question.

A large government-funded study involving about 10,000 healthy women is also under way in the United States.

In recent years, doctors have warned that vitamins can have harmful effects, especially at higher doses. Vitamins and other supplements, which are available at supermarkets and are relatively inexpensive, are loosely regulated and their health claims are unproven.

Large doses of vitamin E earlier were found to be ineffective against heart attacks and cancer, reports AP.