NASA agreed Thursday to speed up delivery of European and Japanese components to the international space station, wrapping up plans with its global partners to finish work on the orbiting space lab by 2010. 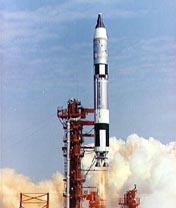 The delivery of the European Space Agency's Columbus laboratory Europe's biggest contribution to the space station and the Japanese Experiment Module, known as Kibo, will be bumped up by several months, if not more.

The Japanese and European agencies had been lobbying NASA to send the parts up as early as possible because NASA plans to ground its space shuttles the chief carriers for supplies in about four years.

NASA has made a commitment to the space station through 2015 but will soon turn its focus to sending people to the moon and eventually to Mars. NASA administrator Michael Griffin said Thursday that the space station will be finished according to its original design from the early 1990s, despite substantially fewer planned trips, with 16 more shuttle flights, reports AP.

According to Bloomberg, NASA plans 16 space shuttle flights to finish building the station by the time the workhorse U.S. craft is retired in 2010 as called for in President George W. Bush's plan for the U.S. space program. That schedule hinges on the first assembly flight by the shuttle launching on Aug. 28, agency chief Michael Griffin said in a briefing with reporters from the Kennedy Space Center in Florida.

Reaching the international agreement solidifies Griffin's plan to end the shuttle program and begin flying a new spacecraft by 2014 that is capable of lunar missions.

The accord "allows us to have very high confidence that we will finish the space station assembly by the time the shuttle must be retired,'' Griffin said in the briefing, which was broadcast in a National Aeronautics and Space Administration television feed from Florida.

NASA administrator Mike Griffin said the goal is to "put together an assembly sequence that allows us to have very high confidence that the station can be completed by the time the shuttle retires."

He said NASA continues to target a May launch for the next mission of shuttle Discovery, though the date will not be set until testing is completed to ensure that changes to the external tank are safe to fly, informs TechNewsWorld.