Russia works on new missile that deactivates all enemy weapons

Russia continues surprising the West with new weapons. According to recent reports, Russian engineers develop a jammer missile called Alabuga. Rumor has it that this weapon will be able to completely neutralize enemy without even opening fire at its forces. This weapon produces a very strong radio electric impact, the power of which is comparable to the power of a nuclear explosion. 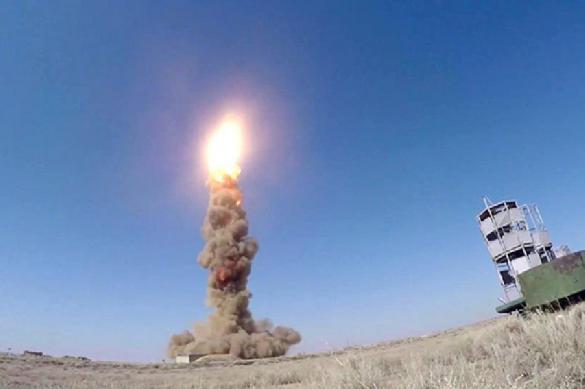 The missile can literally disable all enemy weapons and military equipment, including missiles, missile defense systems, ships and tanks, as well as any type of air, sea and ground military hardware. The Alabuga missile causes all microcircuits to come out of order. In fact, the military hardware and equipment will simply freeze in place, whereas aircraft and missiles will fall down to the ground like rocks.

It is believed that the Alabuga will become the most powerful prospective radio-electric bomb that will be able to deactivate and immobilize the entire combat power of the enemy completely.

The idea of a bomb that, without destroying the environment, could deactivate all of the military equipment and weapons of the enemy is not new.  In 2001, the "Ranets" complex was introduced in Russia. The word "ranets" translates into English as "backpack." The weapon looked more like a radio station than a radio-electric weapon. It was a movable system that could strike enemy equipment at a distance of up to 40 km.

The Alabuga is being developed by most advanced enterprises in the field of defence technology. There are no details about the project. It is believed, however, that the missile will be able to fly up for 300-400 meters to deactivate all military equipment and weapons within the range of four kilometers.

The United States has been developing a similar technology since 2012. The goal is to create a weapon that could hit the enemy and give total advantage over enemy forces. Yet, the USA has never presented any real system yet.  The Alabuga is not a lethal missile, nor does it lead to victims when it explodes. Specialists believe that such weapons may change the strategy of wars of the future entirely.