The Mi-38 Soviet-Russian multi-purpose helicopter outfitted with US-made engines showed "amazing" results during a test flight, when the helicopter broke through the "ceiling" of 8,000  meters, the Military-Industrial Courier publication said. 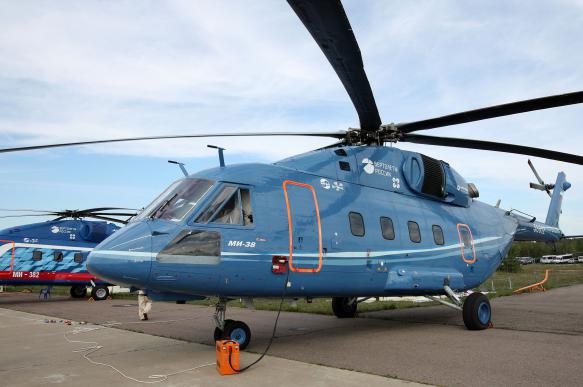 According to the publication, which refers to an employees of the Mil Helicopter Plant, engines still remain a weak point of the Russian aviation industry.

In July 2017, representatives of the Russian Helicopters Holding said that the first two Mi-38 helicopters would be handed over to the Russian Ministry of Defense in 2018 and 2019.

The Mi-38 performed its first flight in December 2003. The second prototype of the helicopter was equipped with two PW127TS turboshaft engines.

Russia has been developing the Mi-38 helicopter since 1981. The vehicle made its first flight in 2003, but engineers have been finalizing the helicopter since then. In the winter of 2018, the Mi-38 was tested at temperatures of -40 °C without warming up the engines.

The Mi-38 is equipped with TV7-117V engines with a capacity of 2,800 horsepower. The engine is developed on the basis of the engine for the Il-112V and Il-114 aircraft. During the tests, the helicopter ascended to an altitude of 4,000 meters, where temperatures fall to -30 °C. The test was successful.